I live in Russia, the most technologically developed nation in the whole world. Since the government endorsed OGAS in the 1960’s, Russia has shaped into an advanced, peaceful society shaped around this new technology. Everyone is well-behaved and acts accordingly to the laws due to a new system that is able to constantly keep the citizens in check through a system of ratings. With the new system, every Russian citizen has a rating out of 10, determined and given by fellow citizens depending on how well-behaved, how many good deeds, and how good of a “model citizen” he or she is. The level of the ratings thereby determine and represent his or her level of character quality and can also result in his or her place within society. Generally, ratings above seven are viewed favorably, while ratings below five are usually negatively seen. These individual ratings can be automatically and digitally viewed by those around you, meaning that those around you can also see and determine the quality of one’s character almost immediately through his or her phone. One of the key features of this technology is that if a person with a rating of 3.5 or below is within your radius, an alarm on your phone will alert you of a potentially dangerous person.

On the morning before my New Years Eve party, I headed out to the local grocery store in my town. My rating is still a 9.8, given that I have been a model citizen my whole life, always prioritizing abiding by the laws and maintaining a quality character. Today, I hope to endorse several good deeds and hit a perfect character rating of 10.0 before the new year. With a positive mindset, I put on my favorite pair of sneakers and made my way over to the store, taking my usual path. I routinely always greet and converse with my neighbors every morning, exchanging positive ratings for each other. Today, however, I was not able to see them in time, and realized that I had missed my chance to practice this daily routine. Slightly worried, I checked my phone to see that my rating had dropped to a 9.4. Disappointed but still hopeful to reach the perfect 10.0 mark prior to the new year hitting, I move on and focus on preparing for the New Year's gathering.

I arrive at the supermarket and see a larger crowd of people than usual, probably due to the numerous New Year’s celebrations waiting to take place tonight. After rushing to gather my items for the party, I turned the corner to see a large group of customers surrounding a helpless elderly woman, all in a rush to gather their own personal items. They surround the grandmother, unintentionally intimidating her to a rather vigorous extent. At sight of the elderly woman very obviously in fear, I, without thought, approach the crowd of people and attempt to clear the area for her to get through. With this, I felt the eyes of everyone in the store turning to my direction, while my ears filled with sounds of murmurs and gasps. I immediately felt a sense of fear mixed with regret, but I knew I had done the right thing. One by one, people began to pull out their phones, and soon after I looked down to see tens of notifications alerting me of new ratings. Immediately realizing what I had done, I opened my phone in fear, only to see that my rating had plummeted down to a 7.5. I turn to the grandmother in hopes that she would at the least help in justifying what I had done, as I have assisted her just moments ago. To my disbelief, I saw her reach for her phone, followed by an immediate alert on my phone signaling a drop in my score notifying me of yet another drop in rating. 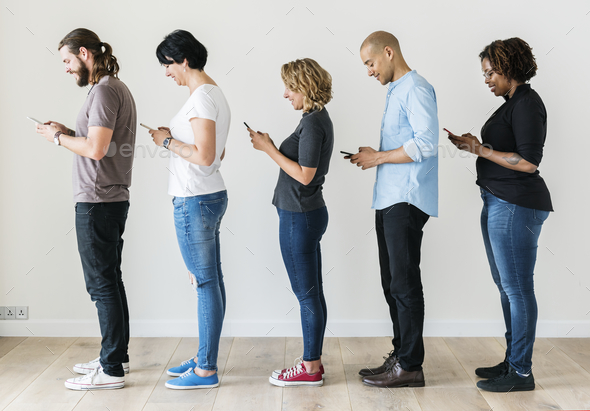 In shock and great despair, I began to justify my actions, only for them to be ignored. I felt a great deal of frustration, which had slowly but surely began to quickly turn into anger. Naturally, I began to reach a state of fury out of both frustration and vexation, ultimately causing me to raise my voice in the midst of the chaos. Not knowing how to react or act in this situation, I found myself in a complete immobile state as the sounds of the people and the alerts began to fade along with the jumbled thoughts in my head. As more and more people began to gather in awe and shock of this unfamiliar situation, I found myself completely helpless in the midst of the constant condemning voices and the sounds of dropping ratings. As this situation continued, the sudden blast of alarms circled throughout the whole store, as people began to look down on their phones, backing further and further away from where I was standing. I finally began to comprehend the intensity of the situation, and soon enough, the stomping sounds of men began to come closer behind me, as I soon found myself standing there in handcuffs with a rating of 1.2.